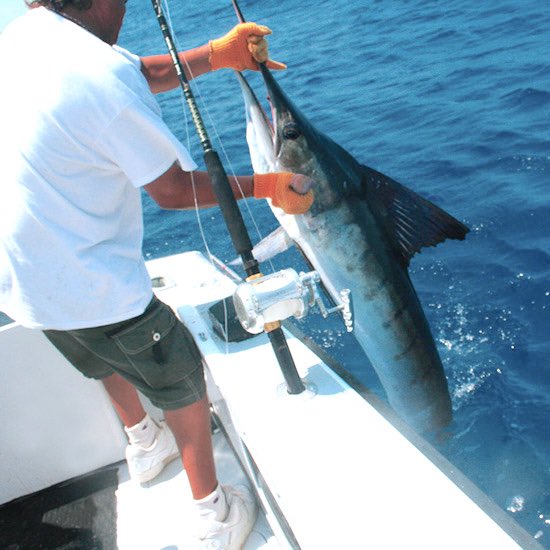 Guanacaste is an excellent destination to practice sport fishing.

The great number of marine fauna is due to its warm waters.

Playa Flamingo is the most important center of sport fishing in the northern Pacific. There are also places like Playas del Coco, Playa Ocotal, Playa Potrero and Brasilito, that are used for this activity.

A little further south, some boats navegate towards Cabo Blanco, coming from Nosara, Playa Garza, Sámara and Playa Carrillo. This is a well-protected region from the strong winds that blow starting from December to April.

October is the best month to catch marlins, but there are also many other species available in September and November.

From mid-December to April, when they emigrate to the north, it's the best time to catch swordfish. For this reason, many fishing's schools move tomards that area to remain there the entire dry season.

The best months to catch sailfish are the ones from December to March, though they also appear frequently from April to June.

In the northern Pacific (from Cabo Blaco to Papagayo Peninsula):