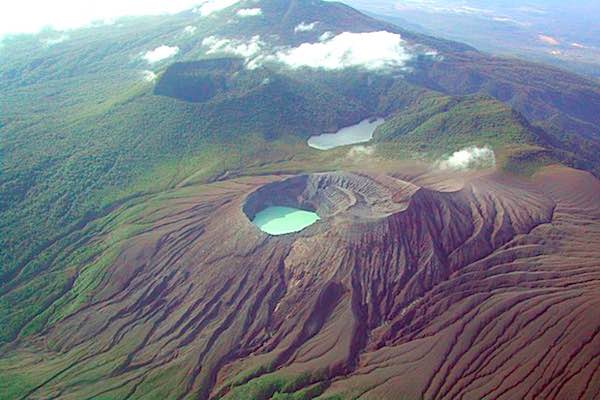 Despite its quaint name, it has a commanding presence. This national park and volcano is also a dry, premontane tropical rainforest.

The Rincón de la Vieja volcano massif is located in the watershed dividing the Pacific and the Atlantic Oceans. It is the source of 32 rivers, including Colorado, Ahogados, Pénjamo, Blanco, Azul and Azufroso, plus 16 intermittent streams. These river basins provide water to the city of Liberia, and some are also tributaries of the Tempisque river basin, the country's largest.

Rincón de la Vieja volcano is one of the most active in Costa Rica. Its active crater boasts a hot lagoon and fumaroles, and it has recently shown eruptive activity.

It is a great center for nature adventures like hiking to the crater, rafting, zip-lining, horseback-riding or tubing and many other activities. Besides getting your adrenaline fill, you can equally enjoy resting in silence and relaxing in hot springs in the middle of the woods.

The climate in Costa Rica's North-Pacific region has two well-defined seasons; the dry season (called "summer") sees almost no rain, with high temperatures. Weather conditions in the Rincón de la Vieja, and especially around the active crater, are cloudy with strong winds, as it is a mountain pass.

Located between the provinces of Guanacaste and Alajuela, with an area of 14,083.9 hectares, this park belongs to the Guanacaste Conservation Area (ACG), which also includes Guanacaste and Santa Rosa National Parks, over Junquillal Bay Wildlife Refuge.
Rincón de la Vieja National Park has been divided into two sectors for a more efficient management: Las Pailas and Santa María. The name Las Pailas (large frying pan) was given due to its evident higher volcanic activity with the presence of mud fumaroles, clay, hot springs and steam.

Santa María was the settlement of a large estate which operated from the nineteenth century until 1973. The activity of this estate was based on cattle faming, coffee and sugar cane. 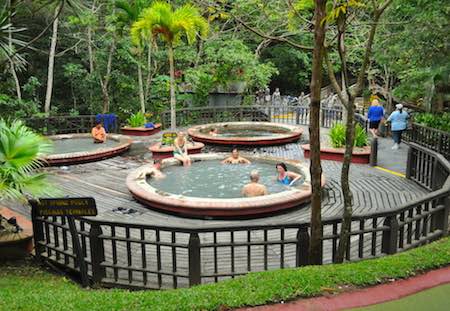 Rincón de la Vieja National Park is the most visited in Guanacaste Conservation Area due to its biodiversity. A promising activity in the region is the production of electricity from geothermal energy. The Costa Rican Institute of Electricity runs geothermal projects that generate 165 megawatts (4% of the electrical power in the country).

Petroglyphs are the graffiti of pre-Columbian times, and you may find them along key points of the route of the volcanoes. Archaeologists do not dare to interpret many of these inscriptions in stone, although they were very likely signs on the road to indicate water sources, sacred sites, constellations or figures associated with water, fire, and agricultural cycles, or a simple testimony of the passage of pre-Columbian travelers and merchants 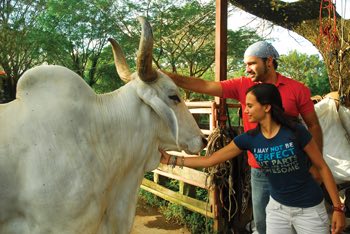 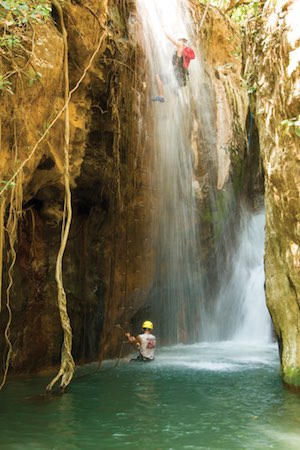