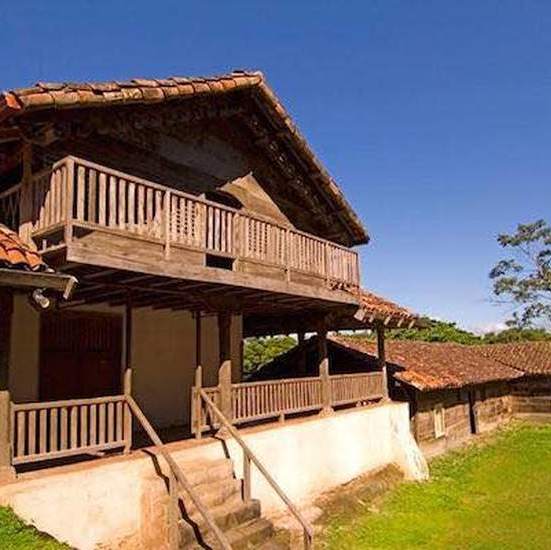 La Cruz is the northernmost city of Guanacaste, not far from the border with Nicaragua. Its southeast boundary is the watershed divide of the Guanacaste volcanic range, where Orosí volcano is located.

About 70% of its economically active population works in livestock farming, agriculture and fishing. Its greatest development stemmed from the opening of the Inter-American highway. Additionally, thriving tourism as in the rest of the region has generously favored the population of this area, as many work in business and commerce; others have turned their homes into small hotels or "sodas" (cafeterias).

Located towards the south of the city is Santa Rosa National Park, which protects the largest remaining tropical dry forest in our planet. This forest is home to a wide variety of wildlife; most prominent among mammals are jaguars, cougars, tapirs, deer and peccaries. Standing out among birds are peacocks, magpies, toucans, osprey, etc. As for turtles, there are hawksbills, leatherbacks, green, and olive ridley turtles.

The park connects through a biological corridor with Guanacaste National Park and Rincón de la Vieja National Park. All three parks span a total of 120,000 hectares of land and 70,000 marine hectares.

The area is known for its dozens of beautiful beaches, such as Junquillal, Cuajiniquil, Jobo, Rajada or Manzanillo. The Gulf of Santa Elena and neighboring Salinas Bay are ideal to practice windsurfing and parasailing.

Guanacaste's scenic beauty continues under the sea. Isolated submarine landscapes remain intact in the surroundings of Santa Elena peninsula and Murciélago islands, giving rise to an incredible sanctuary for hundreds of marine species. The surface appears uninhabited; beneath the sea, walls of fish fuse and scatter at the passing of tiger sharks and giant manta rays. Schools of every color know of no harpoons and nets.

The Murciélago islands are the only archipelago in Costa Rica, and the farthest point in the Guanacaste Conservation Area. Seven lonely islands visited only by rangers, divers and paradise-seekers who love the sea and the howling of coyotes and cougars.